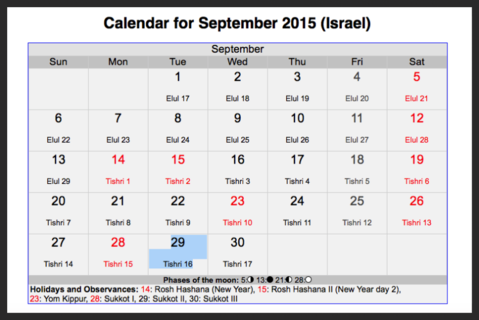 September 23, 2015 marks the end of a 2520-Week period of time that has been mirrored in Scripture twice, and appears to be a significant part of the countdown regarding God's covenant with Israel.

Most scholars usually add the "seven weeks" (49 years) and "sixty-two weeks" (434 years) to get 483 years and calculate the time of Messiah's First Coming. However, Sir Isaac Newton says there is no linguistic basis for adding those two numbers (49 and 434), and to do so is "doing violence to the language of Daniel."

Newton says the two numbers separately speak of both the First and Second Coming, both being counted from the "going forth of the commandment to restore and to build Jerusalem."

It may well be possible that both the majority of scholars' traditional interpretation and Sir Isaac Newton's maybe right. There are a number of prophecies that have dual fulfillment. There were many prophecies that Jesus fulfilled in one sense at His First Coming, but will be even more specifically fulfilled at His Second Coming. For example, "if you are willing to receive it, he is Elijah who is to come." In one sense, John the Baptist was "an Elijah", but someday the real Elijah will appear, and it may not be too long a wait.

Newton viewed the "seven weeks" (49 years) relating to the Second Coming of the Lord. The period of time that began on June 7, 1967 and concluded on September 23, 2015 is quite possibly the time the prophet Daniel spoke of when he said, "there shall be seven weeks."

It's interesting to see which two world leaders are planning on meeting together on September 23, 2015 (click here and here to see). This particular day happens to be the highest holy day on the Jewish calendar, The Day of Atonement, also known as Yom Kippur, and more importantly, this year it's also the Day of Jubilee, celebrated once every 50th year on the tenth of the month of Tishri, after a 49 (7 x7) Sabbatical year cycle comes to a close, which happened ten days earlier on the eve of Rosh Hashanah.

For years, most conservative Bible prophecy teachers said the United States is not in mentioned in prophecy.
More and more Bible teachers today are asking the question:

Both Daniel 5 and Daniel 9 allude to 2520-Week periods within their texts.

The meaning of the first word, "MENE," from the handwriting on the wall, "MENE, MENE, TEKEL, UPHARSIN" is: "God has numbered your kingdom, and finished it." (v.26)

That wasn't just a figure of speech; God had been marking time, and that night, Belshazzar's number was up, and the number was 2520. (see Daniel Chapter 5)

It had been exactly 2520 weeks (49 360-day years) since Nebuchadnezzar had destroyed the Temple and stolen the implements from the Temple, and that night (of the handwriting on the wall) Belshazzar was celebrating his Babylonian gods' triumph over Jerusalem and the Temple; thus the reason God wrote 2520 on the wall. God had been marking time, and the exact night of Babylon's destruction and Belshazzar's death was determined by the God of Israel.

The Kingdom of Babylon fell on Tishri 16, 539 BC. This date corresponds to September 28/29, 2015 on our calendar, the day of the 4th Blood Moon on the Jewish Feast of Tabernacles.

To view the details of the next Lunar Eclipse (including its duration and where it can be viewed,) click here.

This chapter contains the well known prophecy referred to as Daniel's Seventy Week prophecy. Each "week" is a period of seven years. This prophecy covers events leading up to Christ's First Coming, (including "the Messiah shall be cut off, but not for Himself"  -v. 26), and then mentions another destruction of Jerusalem and the Temple (AD 70)

Know therefore and understand,
That from the going forth of the command
To restore and build Jerusalem
Until Messiah the Prince,
There shall be seven weeks and sixty-two weeks; 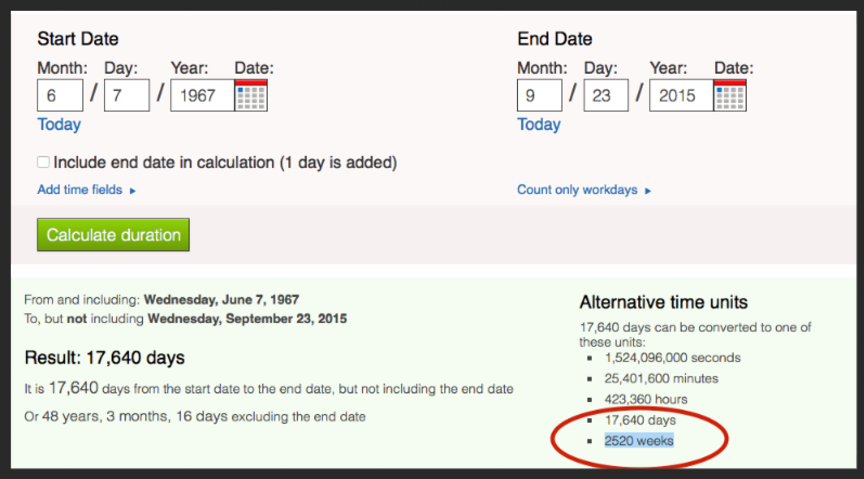 E.W. Bullinger was trying to ascertain where he was on God's time-line in reference to the Bible's promises to the future nation of Israel. In 1895 there was no modern state of Israel, but Bullinger believed the Scriptures would be fulfilled literally.

From his book, The Witness of the Stars, published in 1895:

"We now desire to specially emphasize the fact that all these dates, and their termination in a rapidly approaching fulfillment, refer ONLY TO JERUSALEM, AND THE GENTILES, AND THE JEWS! They refer only to the end of the Gentile possession of Jerusalem, and to the settlement of the Jews in their own city and land."

"These "times and seasons" have nothing whatever to do with "the Church of God"(1 Thess 5:1). The mystical Body of Christ, whenever its members are complete, "will be taken up to meet the Lord--the Head of the Body--in the air, so to be ever with the Lord"(1 Thess 4:15-17). This glorious event has nothing to do with any earthly sign or circumstance, so far as the members of this mystical Body are concerned. Therefore we are not dealing here with the coming of the Lord; either for His saints, or with them. We are not referring to what is commonly and erroneously called "the end of the world." We are merely pointing out that the end of Gentile dominion over Jerusalem is drawing near!

When we put these events side by side with the teaching of the heavens as to the "cycles" or appointed times, we are merely showing how wonderfully they agree with what is written in the Book, and witnessed to by great and uncontested historic dates. Nor are we absolutely naming a definite year or day even for these Palestine events. After all, they can be only approximate, for man has so misused every gift that God has ever given him, that even with such wondrous heavenly time-keepers he cannot really tell you what year it is!

Added to this, there is another point to be borne in mind, viz., that when the "times of the Gentiles" shall end, Jewish independence need not be either immediate or complete! For when Nebuchadnezzar began his kingdom of Babylon in AM 3376 (BC 625), the Jews, though in their land and city, were not independent. Nebuchadnezzar went to and fro to Jerusalem, and put down and set up whom he would; and it was not till some thirty years afterwards that he destroyed the City and Temple and made the people captives. So, likewise, in the time of the end, there may be an epanodos. There may be a similar period of possession without independence, a quasi-independence guaranteed by the Great Powers; and, for ought we know, it may be that, in order to gain complete independence, they may ultimately make that fatal league with the coming Prince. So that while we name the dates 1896-7 as being significant, we are not "fixing dates" in the ordinary sense of the term, but merely pointing out some of "the signs of the times," concerning which we ought not to be ignorant.

The true interpretation will in any case still remain, and will surely be literally fulfilled in its own time. The Word of God will be vindicated; its prophetic truth will be verified; God Himself will be glorified; and His people saved with an everlasting salvation.

Meanwhile the members of His Body will "wait for His Son from heaven, whom He raised from the dead, even Jesus, which delivered us from the wrath to come"(1 Thess 1:10). They will live "looking for that blessed hope, and the glorious appearing of the great God and our Saviour Jesus Christ, who gave Himself for us, that He might redeem us from all iniquity, and purify unto Himself a peculiar people (RV, a people for His own possession) zealous of good works"(Titus 2:13,14). They will "look for the Saviour, the Lord Jesus Christ," from heaven, believing that there is no hope either for "the Jew, the Gentile, or the Church of God," or for a groaning creation, until "the times of refreshing shall come from the presence of the Lord; and He shall send Jesus Christ, whom the heaven must receive until the times of restitution of all things, which God hath spoken by the mouth of ALL HIS HOLY PROPHETS SINCE THE WORLD BEGAN"(Acts 3:19-21).

Could these words be more appropriate than for such a time as our's here in 2015?

​A VALUABLE ADMONITION FROM A SAINT FROM YESTERYEAR (1895)

THE BEGINNING OF THIS 2520-WEEK PERIOD

On June 7, 1967, the Israeli Defense Force recaptured Jerusalem after being under control by foreign powers for nearly 2,000 years. Click here and here for the Biblical significance of the Six Day War.