"About the time of the end, a body of men will be raised up who will turn their attention to the Prophecies, and insist upon their literal interpretation, in the midst of much clamor and opposition."

Sir Isaac Newton believed that the geometry of the future temple in Jerusalem and the heavenly city of Jerusalem described in the book of Revelation possessed some key to the unfolding of prophecy itself. Since God designed both the natural creation and the architecture of the temple, Newton believed that the temple was, then, a microcosm of the universe in which God's structure of time was represented both symbolically and geometrically. (see the Ark of the Covenant)

​Because the writing on the wall had the value of 2520 (See Daniel Chapter 5) and occurred in 539 BC, both numbers should relate in some way with the pattern of time and prophecy. The unifying constant of 2520 links the creation of God to His influences within creation.  (See Genesis Chapters 1 & 2)

David Flynn in his book, Temple At The Center Of Time, says:

"The number 2520 is the key to Sir Isaac Newton’s hidden prophetical direction, and the metaphysical* design of prophecy and time itself."

(*Metaphysical - the reality beyond what is perceptible to the senses]...That's just another way of saying prophecy is supernatural and can only be understood by the indwelling Holy Spirit.

"But the natural man does not receive the things of the Spirit of God, for they are foolishness to him; nor can he know them, because they are spiritually discerned."
1 Corinthians 2:14

"It is a theory of the Prisca Sapientia* that Newton intuitively believed existed, but did not have the resources or data to investigate. He did however, anticipate that the means for its proof lay in the future."

[*Prisca Sapientia or sacred wisdom, was a common belief of many scholars during Isaac Newton's lifetime. The idea was that new discoveries weren't being made so much as they were discovering the knowledge of ancient scholars that had been lost over the ages.] 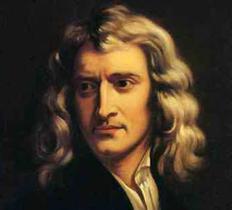 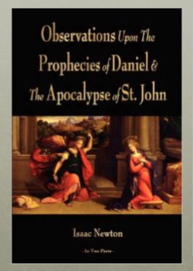