Belshazzar was mocking the God of Israel that night by partying with the implements from the Temple in Jerusalem. God had been keeping a very precise measurement of time since Nebuchadnezzar had destroyed and robbed the Temple 2520 weeks ago (a precise period of 49 (7 x 7), 360-day years, totaling 17,640 days.)

The answer to that question is found in the text of the first verses of the chapter.

"The shekel shall be twenty gerahs."

So the most precise units of measure for each of these 3 different words combine to equal 2520 gerahs.

23 And you have lifted yourself up against the Lord of heaven. They have brought the vessels of His house before you, and you and your lords, your wives and your concubines, have drunk wine from them. And you have praised the gods of silver and gold, bronze and iron, wood and stone, which do not see or hear or know; and the God who holds your breath in His hand and owns all your ways, you have not glorified. 24 Then the fingers of the hand were sent from Him, and this writing was written.

25 “And this is the inscription that was written:

26 This is the interpretation of each word. MENE: God has numbered your kingdom, and finished it; 27 TEKEL: You have been weighed in the balances, and found wanting; 28 PERES: Your kingdom has been divided, and given to the Medes and Persians.”

Literally, his number was up. It had been 2520 weeks to the day since his grandfather, King Nebuchadnezzar, had destroyed Jerusalem and the Temple. According to God’s calendar, the Babylonian Kingdom was coming to an end that very night.

5 In the same hour the fingers of a man’s hand appeared and wrote opposite the lampstand on the plaster of the wall of the king’s palace; and the king saw the part of the hand that wrote. 6 Then the king’s countenance changed, and his thoughts troubled him, so that the joints of his hips were loosened and his knees knocked against each other. 7 The king cried aloud to bring in the astrologers, the Chaldeans, and the soothsayers. The king spoke, saying to the wise men of Babylon, “Whoever reads this writing, and tells me its interpretation, shall be clothed with purple and have a chain of gold around his neck; and he shall be the third ruler in the kingdom.” 8 Now all the king’s wise men came, but they could not read the writing, or make known to the king its interpretation. 9 Then King Belshazzar was greatly troubled, his countenance was changed, and his lords were astonished.

The phrase, “The handwriting is on the wall” is a well-known idiom for predicting the end of an era and judgment to follow. Its origin is from one of the most significant prophecies of the Bible.

The story is found in Daniel chapter 5 when a supernatural hand mysteriously appeared and wrote a puzzling message on the wall, “MENE, MENE, TEKEL, UPHARSIN,” warning King Belshazzar of Babylon that his kingdom was finished. Each word denoted a specific detail of the cessation of his kingdom; but at a deeper level, each word also represented a numerical value and was based upon the most precise unit of measure in the ancient Mideast, which together totaled 2520. 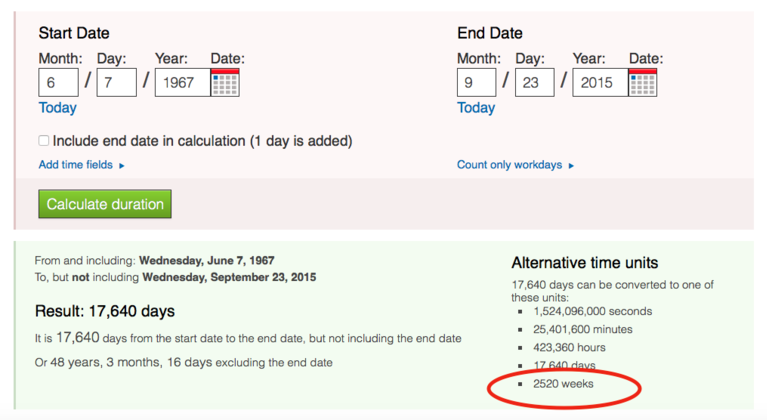 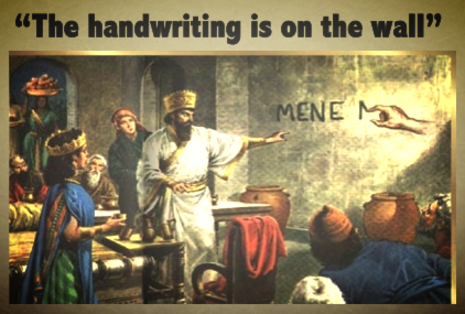