The physical dimensions of both the Earth and the Moon are based on 2520, pi, and 360. The dimension of the Earth and Moon are integrally related and demonstrate the mathematical genius of the God of the Bible.

“The heavens declare the glory of God; and the firmament shows His handiwork. Day unto day utters speech, and night unto night reveals knowledge. There is no speech or language where their voice is not heard.”
Psalm 19:1-3

“Thus says the LORD: ‘If My covenant is not with day and night, and if I have not appointed the ordinances of heaven and earth, then I will cast away the descendants of Jacob and David My servant, so that I will not take away any of his descendants to be rulers over the descendants of Abraham, Isaac, and Jacob.  For I will cause their captives to return, and will have mercy on them.’”
Jeremiah 33:25-26 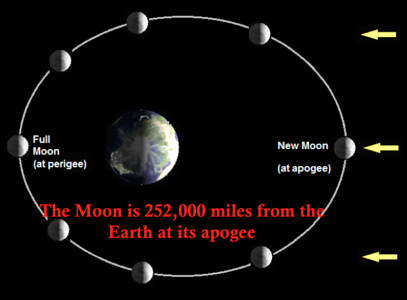 The most recent NASA studies list the Earth's average diameter at 7,917.479 statute miles.

This modern measurement is off by only 0.666 of a mile greater than the sacred calculation.

Isn't that an interesting number of deviation from the sacred unit of measure?

To find the Earth's circumference (the distance around the Earth), multiply its diameter by pi.

THE CORRELATION BETWEEN THE EARTH'S AND MOON'S MEASUREMENT 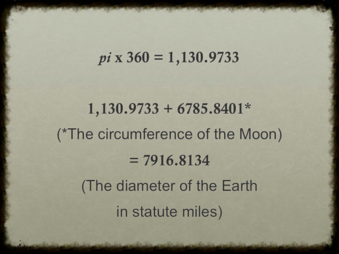 The moon does not seem to be spinning from our viewpoint on Earth because we only see its near side and its synchronous rotation keeps it almost perfectly still on its elliptical path around the Earth.

The Moon's diameter and how it relates to the city of Jericho will be further explained in the section, 2520... In Scripture - Joshua Chapter 6.

Initially, this study of 2520 referenced Scripture only, then the discovery of David Flynn's book, Temple at The Center of Time, which had sat unread on my bookshelf for nearly 3 years, brought new depth to the study, showing how the number 2520 was built into the Universe, as God created it.​

Hast thou perceived the breadth of the earth?

​declare if thou knowest it all. 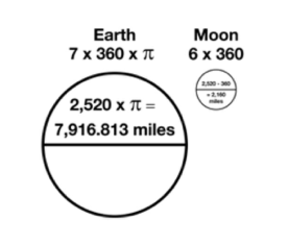 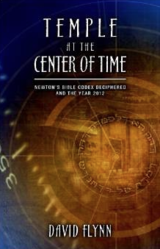 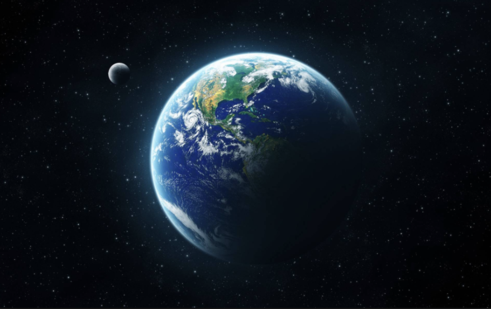