​This unconditional covenant was an amplification of the covenant God established with Abram in Genesis 15 which was not dependent upon Abram in any manner. God had him fall asleep, and God alone "passed between those pieces." ​(Genesis 15:17)

The details of this covenant with Abram are further explained in the section on (Genesis 15), where another occurrence of the number 2520 emerges from the text. At the heart of the number 2520, is the Covenant of God with His people.

The Bible speaks of four numbers that demonstrate perfection: 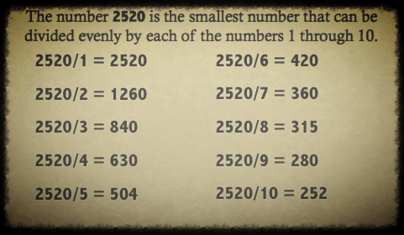 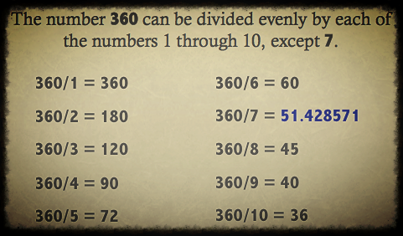 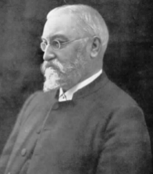 2520 is found by multiplying the two most important numbers of Creation. (Genesis Chapters 1 & 2)

One of God’s names in Bible times was Eli-Shaba, meaning, 'God of the oath.' Shaba literally means ‘seven.’ The strongest oath in the Bible was 'to seven oneself.'  Elisheba was the name of Aaron's wife. Her name is only mentioned once in the Bible, in Exodus 6:23. Earlier in the same chapter God detailed His septenary oath with the children of Israel.

In Exodus 6:4-8 God established the covenant with Moses and His people Israel, which contained His seven “I wills.” ​

4 I have also established My covenant with them, to give them the land of Canaan, the land of their pilgrimage, in which they were strangers. 5 And I have also heard the groaning of the children of Israel whom the Egyptians keep in bondage, and I have remembered My covenant. 6 Therefore say to the children of Israel: ‘I am the Lord; I will bring you out from under the burdens of the Egyptians, I will rescue you from their bondage, and I will redeem you with an outstretched arm and with great judgments. 7 I will take you as My people, and I will be your God. Then you shall know that I am the Lord your God who brings you out from under the burdens of the Egyptians. 8 And I will bring you into the land which I swore to give to Abraham, Isaac, and Jacob; and I will give it to you as a heritage: I am the Lord.’”