David Flynn, in his book, Temple At The Center Of Time, said, "The biblical chapter and verse of the Ark's construction ending in Exodus 25:20 may not have been by accident. The Israelites' cubit in the time of Moses until Solomon was equal to 25.20 modern inches. This number also follows the pattern of 2520, the writing on the wall." (pg.84)

"Flanders Petrie, in his extensive study of ancient calibration from the book Inductive Metrology, defines the Sacred Cubit of the Hebrews in the time of Moses as being,

'The 25-inch cubit…found in ancient Egypt, Assyria, Persia, Syria, and probably in Greece, varying from 25.1 to 25.4. In modern Persia, Arabia, Greece, a pic or braccio of the same length also [varies] from 25.0 to 25.3. The mean of measurement from ancient structures around Jerusalem is 25.2 + - .1, which is the sacred Hebrew cubit.'"

"The Sacred Cubit as a fractal of the number of the writing on the wall, 2520, represented an elemental law in the creation of God. It was the standard of design according to the pattern of heaven showed to Moses on Mount Sinai.

​The ancient Jewish sages maintained that time and space were of the same distinction, inferring that they mirror each other in shape. Although the universe is infinite, the matter within and time that binds it is not. Therefore time, like matter, has a defined beginning and end. According to this understanding, the division of time into smaller units does not alter its inherent structure, just as the division of physical objects does not alter their structure. The pattern of both, according to the Law of God, is based on the number 2520 and its fractal in the sacred cubit, 25.20.

It is significant that this number, encoded in the writing of the wall, manifested through the agency of a “hand,” maintaining the ancient metaphor of the “finger or hand of God” working His will in the material universe.

However, it is the arm that extends the hand and fingers. These work to execute the will, to create, write, and even make war. The cubit was directly representative of these functions, and was the linear standard of all creation. James Strong (1822–1894), professor of biblical literature and exegetical theology at Troy University, further explained this concept:

'In the figurative idiom of the Hebrew its name is characteristically amah, which is merely a variation of the word em, a mother not so much (as the lexicons explain) “because the forearm is the mother of the [entire] arm” (a metaphor not very obvious surely), but because the cubit (or ulna) is the “mother,” as it were, of all dimensions whether in the human body or elsewhere.'

In ancient Egypt, cubit rods used for architecture and building were divided by the units of “digits,” which are primarily a reference to the fingers of the hand. This further connects the number written on the wall as corresponding with the Sacred Cubit, as it is based on the dimension of the arm and is also measured in units of the hand itself. According to Daniel 5:5,

At that moment (fingers) of a man’s (hand) came out and wrote on the plaster of the wall of the king’s palace across from the lampstand. And the king saw the palm of the hand that wrote.

Newton included work on the cubit of the Jews in several manuscripts and books.  He explained the relationship of the Sacred Cubit to “palms” of length. In his Prolegomena to a Lexicon propheticumhe, Newton lists the Sacred Cubit as 7 palms and the Common Cubit as 6 palms, based on the description of the rod that was used to measure the temple in Ezekiel 40:5.

The 7-palm cubit would stand out as sacred due to its relation to the number 7. Seven is the only cardinal number that does not divide evenly into 360. The sacred number, 2520, (100 times the sacred cubit) is also the result of 360 x 7.

The Ark of the Covenant 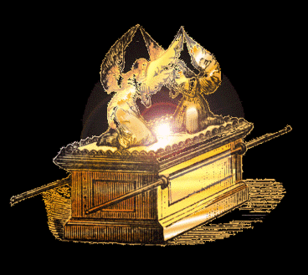 **Everything printed on this page is taken directly from David Flynn's book, TEMPLE AT THE CENTER OF TIME (pp.84-87)** 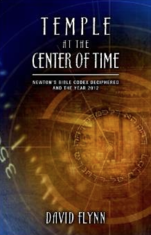