He is the Lord our God;
His judgments are in all the earth.
8 He remembers His covenantforever,
The word which He commanded, for a thousand generations,
9 The covenant which He made with Abraham,
And His oath to Isaac,
10 And confirmed it to Jacob for a statute,
To Israel as an everlasting covenant,
11 Saying, “To you I will give the land of Canaan
As the allotment of your inheritance,”

Israel lost her sovereignty in 605 BC. Subtracting the 70-year captivity, a perfect 2520-year period (360 x 7) finds its fulfillment in 1948 when she regained her independence.

Using 586 BC as the beginning point of another measuring line, when Jerusalem is destroyed, one more 2520-year period (again subtracting 70 years for the desolations of Jerusalem) finds its fulfillment in 1967 when Israel recaptures Jerusalem. The day was June 7, 1967.

The eternal covenant of God with His people Israel cannot be separated from the land of Israel (Psalm 105:7-11) and its ultimate fulfillment is in accordance with His precise timing.

In Ezekiel 4 God instructed Ezekiel to lie on his left side 390 days and his right side 40 days, for a total of 430 days. This seemingly strange object lesson had a prophetic dimension to it as well.

The 430 days represented Israel's and Judah's 430 combined years of rebellion. Their captivity in Babylon lasted 70 years, but there still remained 360 years of punishment.

As the Bible confirms, Israel never repented and only a small minority returned under Ezra after the captivity. God anticipated this rebellion from what we are told in Leviticus 26. In that chapter, God warned Moses, if his descendants didn’t repent and return after the captivity, His seven-fold wrath would fall upon them. ​

18 Then I will punish you seven times more for your sins.

21 ‘Then, if you walk contrary to Me, and are not willing to obey Me, I will bring on you seven times more plagues, according to your sins.

24 then I also will walk contrary to you, and I will punish you yet seven times for your sins.

27 ‘And after all this, if you do not obey Me, but walk contrary to Me,

28 then I also will walk contrary to you in fury;

and I, even I, will chastise you seven times for your sins.

Subtracting 70 years for the Babylonian Captivity 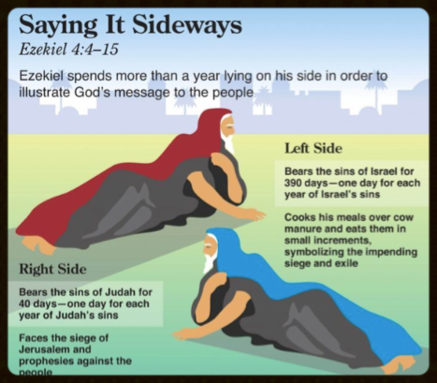 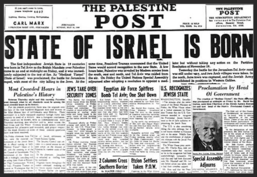