Subtracting 70 years for the Desolations of Jerusalem 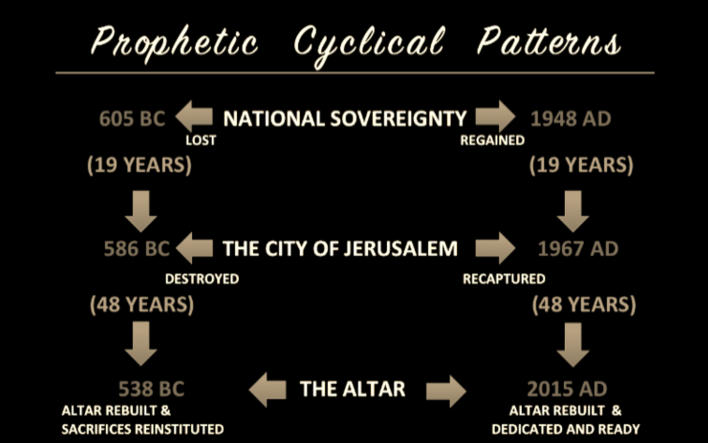 In 586 BC, The city of Jerusalem was destroyed as well as the Temple. This took place 19 years after 605 BC when King Nebuchadnezzar had removed their national sovereignty and had Jehoiakim placed as his vassal. (2 Kings 24:1)

In the 20th century, the Nation of Israel regained her sovereignty and celebrated her Independence on May 14, 1948.  Nineteen years later, in parallel fashion, the city of Jerusalem was brought under Israeli control on June 7, 1967.

The Altar was rebuilt and sacrifices resumed in 538 BC (48 years after Jerusalem was destroyed). The Altar has been rebuilt and has also been dedicated and is ready to be used at a moment's notice when given the authorization.