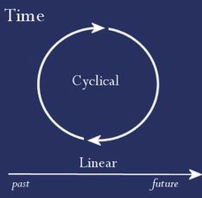 Then he shall confirm a covenant with many for one week;
But in the middle of the week
He shall bring an end to sacrifice and offering.
And on the wing of abominations shall be one who makes desolate,
Even until the consummation, which is determined,
Is poured out on the desolate.”

For decades, Many conservative Bible students have said that the beginning of the 70th Week (Daniel 9:27) starts with a 'peace treaty.'

Where is the word 'peace' or the word 'treaty' used once, or even inferred in the whole 9th chapter?

A more literal reading takes into context the overall theme of the chapter, which speaks of Jerusalem (mentioned 10 times), the sanctuary (v.17), and the offering (v 21). Twice "the Law of Moses" is mentioned in Daniel 9.

Approximately two-thirds of the 603 commandments in the Law of Moses involve the sacrificial system. When the word "covenant" is used in v. 27 one needs to look at the way this word is used in the rest of Scripture, especially the first five books of Moses. "Covenant" has to do with the sacrifices. God's Covenant, He first established with Abram, involved a sacrifice, and the Covenant God gave Moses on Mount Sinai detailed the sacrificial system, which is the outward expression of following and obeying His Covenant. Covenant cannot be separated from sacrifice.

We know that the "abomination of desolation" which brings "an end [to the] the sacrifice and offering" is the event which marks the middle of the 70th Week (the 2520-day period). A more literal reading of the phrase "he shall confirm a covenant with many for one week" would suggest the event that initiates the 70th Week involves the same subject that marks the middle of the Week (i.e. the sacrificial system, its beginning and its interuption).

The reinstitution of sacrifices on the Temple Mount is the event that will begin the 70th Week of Daniel, and will most likely occur without a Temple (see Ezra 3:1-6). One can determine the exact year the sacrifices were re-instituted after the Babylonian Captivity by reading the first chapter of Ezra. Any Bible dictionary or encyclopedia will confirm that the first year reign of Cyrus, King of Persia, was 538 BC.

​Note the parallel lines that form in the above chart when one compares the sequence of dates of the BC era with those of the last 70 years. What makes one more curious, is that the religious leaders in Israel have just had the Altar rebuilt (see article) Other confirming details can be found in the chapter of the Bible ( Numbers Chapter 7) that details the dedication of the first Altar when God gave Moses His divine standard of 2520.

The Altar to be used in the Third Temple was dedicated on Hanukkah, December 22, 2014. The same religious leaders mention the Altar was made portable, so that it can be taken on to the Temple Mount at a moment's notice when given authorization. The year 2015 corresponds perfectly with the year 538 BC.

The below video produced by the TEMPLE INSTITUTE illustrates the anticipation in the religious community for the Third Temple to be rebuilt. 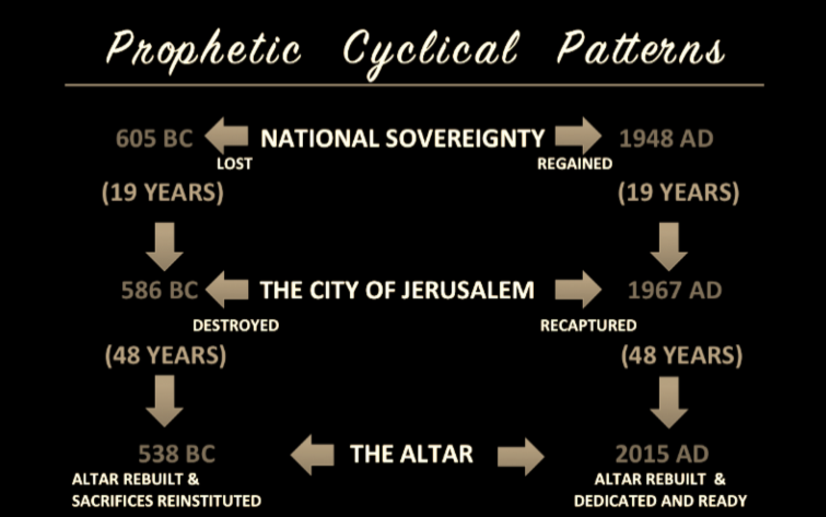 Most conservative Bible students who believe in the literal, historical, grammatical method of interpreting Scripture understand that the first 69 Weeks of Daniel's 'Seventy Week' prophecy culminated with Jesus riding into Jerusalem on a donkey. The measurements of times given in the text (with historical dates confirmed) pointed to a specific future date. These words found their precise fulfillment on the 10th of Nisan (celebrated today, by most Christians, as Palm Sunday). (Luke 19:41-42)