Within 24 hours, I had come across two references (from totally unrelated sources) mentioning the significance of June 7, 1967.

Coincidence? I knew that word wasn't kosher, so my study began, and here we are 3 months later @ www.twenty5twenty.net

The question that I had for days was, "Where does this current time period fit in biblical prophecy?" and, "How does it relate to Israel being re-established in the Promised Land in May of 1948 and their recapturing of Jerusalem in June of 1967?"

Remembering a message I heard on Christian radio in the mid 90's, I began reading Ezekiel 4. The series was entitled, "Living in the Light of Christ's Return" by David Moore referencing Ezekiel 4. (The significance of this message is found here.) 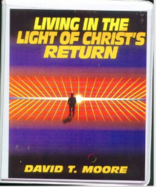 HOW IT ALL GOT STARTED...

Studying the significant dates in Israel's modern history, I realized they were following a Biblical pattern relating to the sovereignty of the Nation of Israel (losing it and regaining it) and the city of Jerusalem (it's destruction and it being recaptured and reunited under Israeli control). See chart (click here)

What is going to happen when this current cycle ends in September of this year?  Only the LORD knows, but He does want His children to watching and waiting, and discerning. Part of being a "Berean" (Acts 17:10-11) is reasoning from the Scriptures and discerning the "time" (1 Peter 1:10-11) and "calculating" (Revelation 13:18)

I pray that as you take a look around this website, you understand how incredibly precise is the God of the Bible, namely Israel's Moshiach, Yeshua. And not only understand, but believe and trust only Him with your life and your eternal destiny. He used the number 2520 to measure both the world He created and to measure time as history (His-story) unfolds.

Albert Einstein discovered there's a relation to space and time. Most of us probably don't understand that concept too well, but I hope after you read about the number 2520, you will understand a new facet of the relationship between space and time, and contemplate anew how wonderfully sovereign is the God of the Bible. The number 2520 is used by God to measure both dimensions.

This number 2520 can be found throughout God's physical Creation, and it's also observed in His counting of time, especially in regard to His chosen people, Israel, and the ultimate fulfillment of His covenant with them. God first began counting down the years, currently He is counting down the weeks, and ultimately, He will count down the days (known as Daniel's 70th Week, and The Time of Jacob's Trouble) to the day when He returns to earth to set up His Millennial Kingdom and establish His throne in the city of Jerusalem on Mount Zion.

No part of the twenty5twenty.net website discusses God's unique program with the Gentile Nations or the timing of the Rapture of the Church. The entirety of this website on 2520 is rooted in God's covenant He established with Abraham (and his physical descendants) in Genesis 15,  which also was reconfirmed and elaborated with Moses in Exodus 6.

Even though this chart does not spell out the number 2520, it mentions 360 x 7 twice, which equals the same. 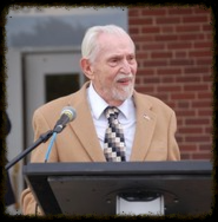 God's Math
A Perfect Number
In Time
In Space 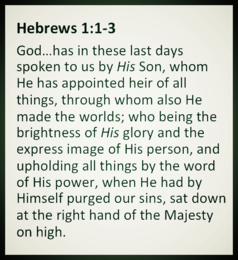 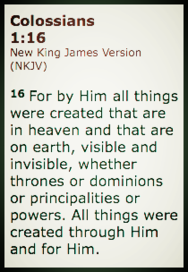 ​
In March of 2015, a dear, elderly brother in our congregation went home to be with the LORD (he'd have been 100 if he had lived 'til June 21st). After he passed away, I re-read an e-mail that he had sent me back in 2008.
There was one key paragraph that got my attention, and the more I thought about it, the more I realized the time period to which he referred was too precise to not have God's hand in it (or, fingerprint on it).

(*All ancient calendars, including Hebrew, Babylonian, Chinese, Egyptian, and Sumerian were all based upon a 360-day calendar. Prophetic passages in the Bible are delineated in terms of 30 day months, and the second half of the Daniel's 70th Week ["Week" being a seven year period] is marked as being 1260 days long. Therefore, a biblical year is also 360 days.)

Even the most casual Bible reader understands the number 7 is special in regard to things of God. Seven is a number of completion and perfection. [Seven days of Creation, Seven days in the week, Seven Jewish Feasts, Seven Churches in the book of Revelation]

September 23, 2015 marked the end of a perfect forty-nine (7 x 7) year period which began on June 7, 1967. A seven-year cycle is very important in the Bible, and 7 seven-year cycles are even more noteworthy.

I awoke the next day realizing the end-date could not be a coincidence. In my heart and mind, I knew that a time frame this precise could only be the LORD's hand fulfilling His plan to the regathered, modern-day, nation of Israel.

​Later that same day, I found this chart on LA Marzulli's website. His post for that day, Sunday, March 22nd, was entitled, ​Why Israel - Why Now? (Click to read)