The "confirming of the covenant" has often been described as a 'peace treaty.'

And he shall confirm the covenant with many for one week: and in the midst of the week he shall cause the sacrifice and the oblation to cease, and for the overspreading of abominations he shall make it desolate, even until the consummation, and that determined shall be poured upon the desolate.

The Pulpit Commentary confirms the date of Cyrus, king of Persia as 538 BC. An interesting comparison emerges when we take into consideration what happened when the few captives returned from Babylon in 538 BC and what just happened in the modern state of Israel over the last 12 months.

Many prophecy students believe the Third Temple would have to be standing before the 70th Week of Daniel can commence. There seems to be Biblical precedent otherwise.

Reading Daniel 9:27 let's the reader understand that what initiates the 70th Week of Daniel (a.k.a. - The Tribulation) is the "confirming of the covenant"

1 And when the seventh month had come, and the children of Israel were in the cities, the people gathered together as one man to Jerusalem. 2 Then Jeshua the son of Jozadak[a] and his brethren the priests, and Zerubbabel the son of Shealtiel and his brethren, arose and built the altar of the God of Israel, to offer burnt offerings on it

6 From the first day of the seventh month they began to offer burnt offerings to the Lord, although the foundation of the temple of the Lord had not been laid. 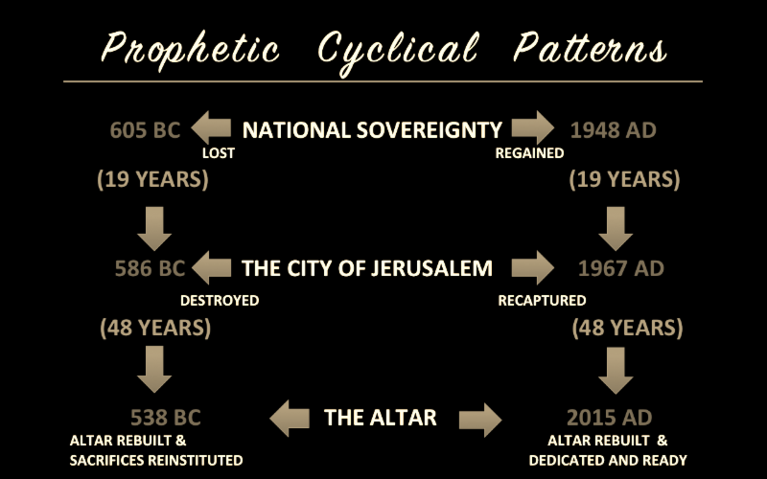